Perfect Games to Play on the Go!

Some journeys seem to take forever to reach your chosen destination. Even the best road trip can begin to drag on when you’ve been travelling for several hours. This is why playing games on the journey can be fun, making the time pass more quickly. 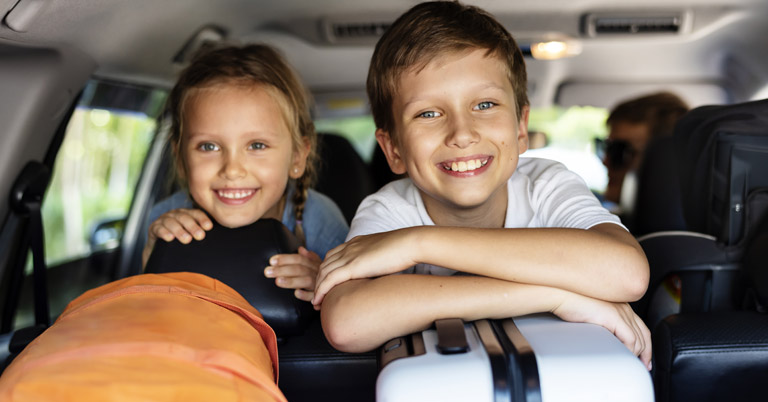 Many adults will have memories of long journeys as a kid, playing simple games such as I Spy to keep them entertained. As well as this traditional activity, there are other games that you can play on the go. Read on to find out more about some great games for all the family…

An oldie but a goody, I Spy originated in Victorian England, when it was a parlour game. One player secretly chooses an object that they can see and says, “I spy with my little eye…” followed by the name of the object. The other players take it in turns to guess what it is. The one who guesses correctly is next to “spy with their little eye”.

The game was first mentioned in The Manchester Times in January 1889 and over the years, it evolved into a popular game to while away road journeys.

This is a kind of scavenger hunt that you can play by looking through your camper van windows. First, print off a road trip bingo card before you set off. It should contain images of all the things you’re likely to see while on the journey. These can include cows, pigs, birds, cars, motorbikes, trees or anything else you might see on a road trip.

Simply give the kids a pen each and tell them to cross off the objects as they see them. The player who manages to cross off all nine first wins. Don’t shout “bingo” if you win – shout “camper van” instead!

Sheep on My Side

If you manage to shout this before the person on that side of the vehicle spots them, then you get that point too, so you have to be quick. The winner is the person with the most points by the end of the journey. You could also extend it to cows or horses to make it more interesting.

This is nothing to do with Chinese food, but instead it tests how many strangers you can get to smile during your journey! The players have to just smile and wave at people, who are either in another vehicle, or walking by.

If the stranger smiles and waves back, they are “sweet”, but if they don’t, then they’re “sour”. Each player gets a point for a “sweet” response. Add up the number of “sweet” points at the end of the journey.

Find words outside your vehicle that start with letters of the alphabet, going from A to Z. The first player shouts out an object they have seen with the letter “A”, then moves on to the letter “B” and so on. Each player has to find their own object, so once an object has been called by another player, no-one else can use it.

When it comes to difficult letters, such as “X”, players can use words beginning with “ex”, such as “exhaust” or “exit”, for example. The first player to reach the “Z” wins.

Adults or older children in the car may be needed to referee if the players spot the same item at the same time!

This is a game of mind reading! Ask one person to think of something – it can be a totally random thought about absolutely anything. The other passengers each have 21 questions that they can ask to try and guess what the thought is.

When someone guesses before question 21, they have won the round and they go next. However, if nobody guesses, then the same person goes again.

This is a simple counting game, in which the players have to count out loud from one to 20, but not in unison. It can be played by a group of people (the more the better), but not by less than three people or it won’t work.

One person begins by saying “one”. Another person follows at random by saying “two” and so on until you reach 20. If two people say the same number at the same time, you all have to start the game again. If there’s a gap of longer than five seconds between the numbers being called out, you also have to start again.

The beauty of this game is that it can take a long time to complete, particularly if there are more players. It finishes only when you reach 20 with no mistakes.

With a little planning, you can devise a whole series of games that will keep all the kids occupied while on the move – hopefully avoiding those cries of, “Are we nearly there yet?”

If you’re planning a road trip, there’s no better way of travelling than in a motorhome. Driveline provides a range of vehicles for hire for every occasion, with our modern motorhomes being an ideal way of getting away from it all with family and friends.

Please contact us for further information on our range of affordable hire vehicles.