Most people will be making New Year’s resolutions in January – following an age-old tradition that dates back 4,000 years to the times of ancient Babylon. While modern resolutions mostly relate to getting fit, the practice has religious origins.

The ancient Babylonians were the first people to make New Year’s resolutions during organised celebrations. They held a 12-day religious festival called Akitu, when they made promises to their gods. The most common promises were that they would pay back all their debts and return any items they had borrowed. 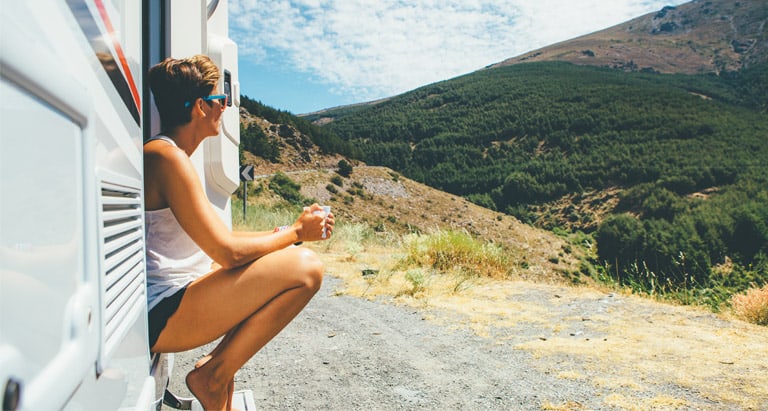 They also reaffirmed their allegiance to the king, or crowned a new king. According to their religious beliefs, if they kept to their word, the pagan gods would watch over them for the coming year. If they broke their resolutions, they would fall out of favour with the gods and suffer the consequences!

The tradition of New Year resolutions was also recorded during the times of ancient Rome in around 46 BC. The Romans offered sacrifices to their god, Janus, while making promises that they would behave well throughout the coming year.

In the Christian church, 1st January traditionally became an occasion for thinking about past mistakes and vowing to do better during the coming year. The English clergyman John Wesley, who founded Methodism, introduced the Covenant Renewal Service in 1740. It took place on New Year’s Eve or New Year’s Day and included singing hymns and reading the scriptures: providing a spiritual and religious alternative to the rowdy New Year celebrations that had become commonplace in the 18th century.

Fast forward to the 21st century and New Year’s resolutions are made by people all over the world following the excesses of the festive period. Sadly, for many of us, the resolutions have already started to fizzle out by the end of January!

Surveys reveal around 80% of us will eventually break our resolutions – one-third of New Year resolutions don’t make it past the end of January. One problem is that people usually make a long list of all the habits they want to change. These include going on a diet, going to the gym, saving money, stopping smoking or drinking alcohol, increasing your income and many more.

The majority of resolutions are life-changing and can make us feel overwhelmed. If you’ve decided to lose weight, join a gym and stop drinking and smoking all in one go, it can lead to you giving up on all of them because it’s too tough.

Focus on a number of small changes that are achievable, rather than a massive number that are going to be overwhelming. According to research, if you manage to carry on with your New Year Resolution for a minimum of 21 days, it’s on the way to becoming a habit, although you’re not out of the woods yet.

If you’re still going strong after 60 days, you’re likely to continue for much longer – maybe even until the end of the year. Read on to find out the five most popular resolutions that people made for this past year…

This may sound like a very general resolution, but it’s one that affects your life in a big way. If you spend five minutes each day organising the areas of your home or workplace that look most messy, you’ll soon get on top of it. You’ll be less likely to need a massive clean-up every few weeks if you organise your space a little every day. It also makes you feel better emotionally if you de-clutter your living and working areas.

Just about everyone vows to save money and sort out their finances in January. One simple way of cutting back on spending to meet your saving goal is to cut out buying just one thing a day that you don’t need. Maybe it’s the extra cup of takeaway coffee during your lunch break, or the chocolate bar you snack on mid-morning. Put the money you save into a savings account and vow not to touch it. You’ll be amazed how quickly it will add up.

Many people vow to live life to the full in the New Year. A popular ambition is to travel more, but then by the time summer comes, you’ve been swept up in the rigours of everyday life again and travelling doesn’t happen. The secret is to MAKE it happen! You don’t need to do anything elaborate. Why wait to book a two-week break in July? If you want to get away from it all, do something impulsive and hire a motorhome with family or friends for the weekend to enjoy the breathtakingly beautiful British landscape.

This closely links in with the third resolution. Whether you want to spend more time with your children, partner, parents, other family members or good friends, make a point of taking time out to do something different together. While you may go for the odd coffee, or pop to each other’s house, nothing can beat a holiday together to recharge your batteries and rekindle close relationships. If you’re worried about the expense, clubbing together to rent a motorhome or camper van can be a cost-effective way to take a break in comfy surroundings that provide a “home from home” feeling.

If you feel like you’re in a rut, even taking a small step to help you get out of it can put you on the right track. Resolve to meet your friends for lunch at least once a month, or to go for a hair and beauty makeover and do something more daring. If your idea of relaxing is sitting in front of the TV with a takeaway, or in the local pub with half a lager, be bold and take a trip to a holiday resort – even if it’s only a few miles from where you live! What about that long talked about fishing trip with your mates that you haven’t made happen yet? Anything that provides a change of scenery and routine can help improve your quality of life.

If you want to cross at least three things of your next New Year’s resolution list, contact Driveline for details of our quality motorhomes for hire. Make 2020 your year!